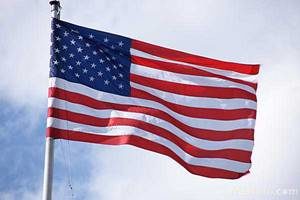 Independence Day gives us a chance to reflect on the blessings we enjoy by living in the United States and to realize our existence and our way of life is due to the many men and women who have given so much to ensure the continuation of those freedoms. The Lake Oswego Millennium Concert Band invites you, your family and friends to join us on the eve of our Nation’s birthday for a concert that is designed to kindle your Patriotic spirit.

Everything you hear at this concert will showcase America. You will hear three of the most patriotic marches ever written: El Capitan, The National Emblem and the Stars and Stripes Forever. We will play medleys of truly American patriotic and folk songs and a beautiful new original band composition that describes the picturesque landscapes found in our great country. A first in this concert will be an audience sing-a-long of three well-known and loved songs from our Nation’s past, led by Beth Noelle who sings with the Millennium Dance Band. Beth will also be featured as a soloist in Let Freedom Ring. During our traditional, very patriotic finale you will hear the always popular Salute to the Armed Forces, where we honor present and past members of our military services and others who have served us so well. As we always do, we will conclude our concert by playing the stirring arrangement by Carmen Dragon of America the Beautiful followed by our National March, the Stars and Stripes Forever by John Philip Sousa.

The intent of this program is to whet your Patriotic appetite, to make you proud to be an American and to entertain you in a way that is best accomplished by listening to a fine band in the park on a beautiful summer evening.

Please join us at Millennium Plaza Park in downtown Lake Oswego on July 3, 2017. Concert time is 7:00 pm, but come early to hear the Millennium Brass perform from 6:15-to 6:45. Bring your chairs, something to nibble on, and your patriotic spirit. We promise a thoroughly entertaining evening!

If we have inclement weather on July 3rd, the concert will be held at 7:00 pm in the auditorium at Lakeridge High School at 1235 Overlook Drive in Lake Oswego.